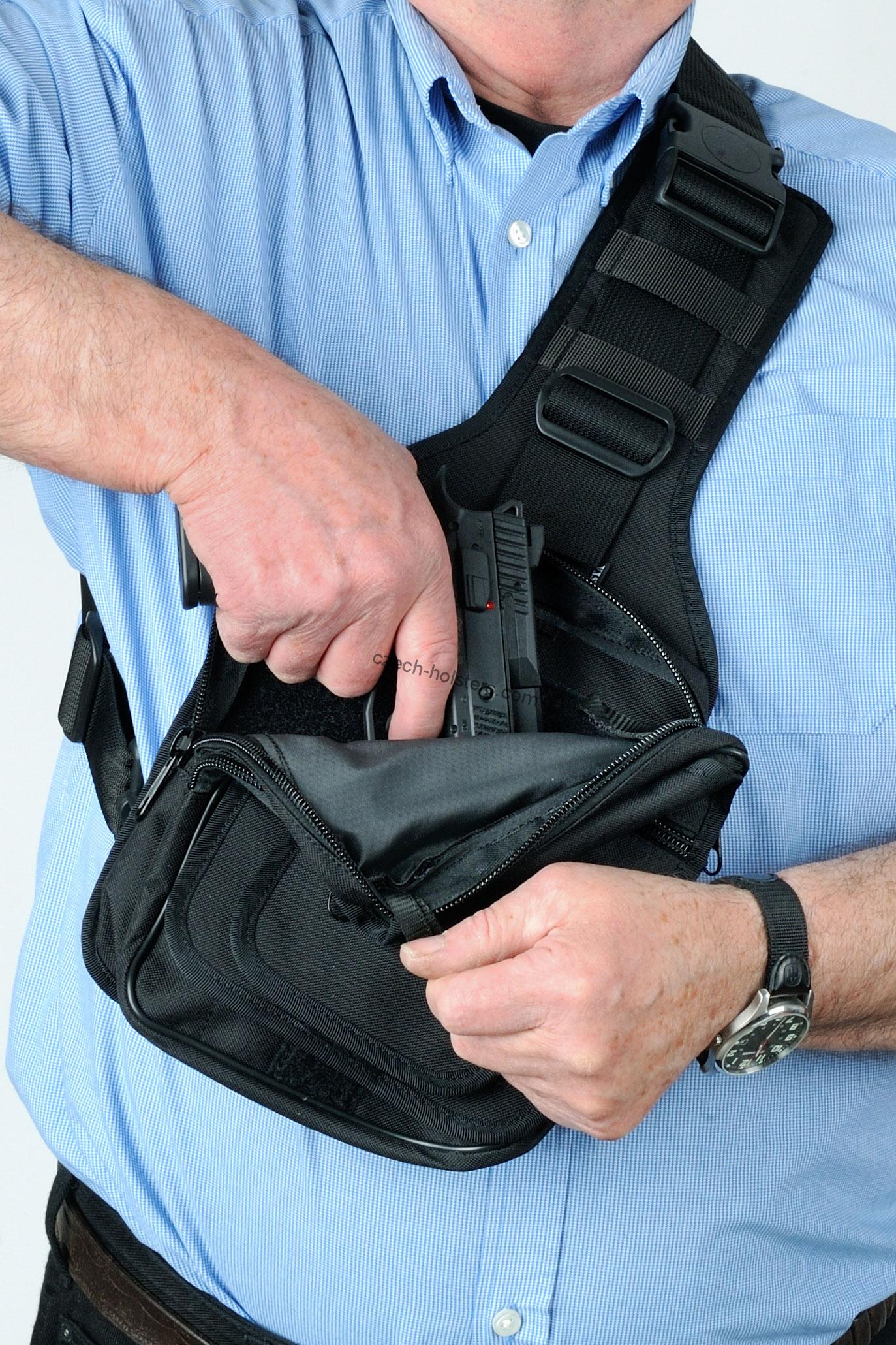 The etui has the same design and materials as model 881 (webstore product number 0830) and the only difference is that both pockets of the two-compartment etui are sewn on to a rectangular base with one over-the shoulder carrying strap. The etui is ambidextrous, and the plastic eyelets in the rear part where a carabiner is clipped on serve for changing from left to right and vice-versa.
The etui is intended for concealed weapon carry across the chest.
The rear (larger) zip-closing pocket with two sliders is intended for keeping the weapon in a holder attached using a strip of Velcro. It is opened by pulling on the tab in the upper left (or right) corner of the pocket. The front (smaller) pocket, closed by zip with slider on upper part of the ridge, has a series of three flat pockets, one under the other, on the front side.
The arms etui has a cover flap which has a zip with slider on the top part of the pocket and another flat pocket in the lower half with Velcro closing. There is another concealed pocket on the rear of the etui. In all the etui has 6 closable pockets. 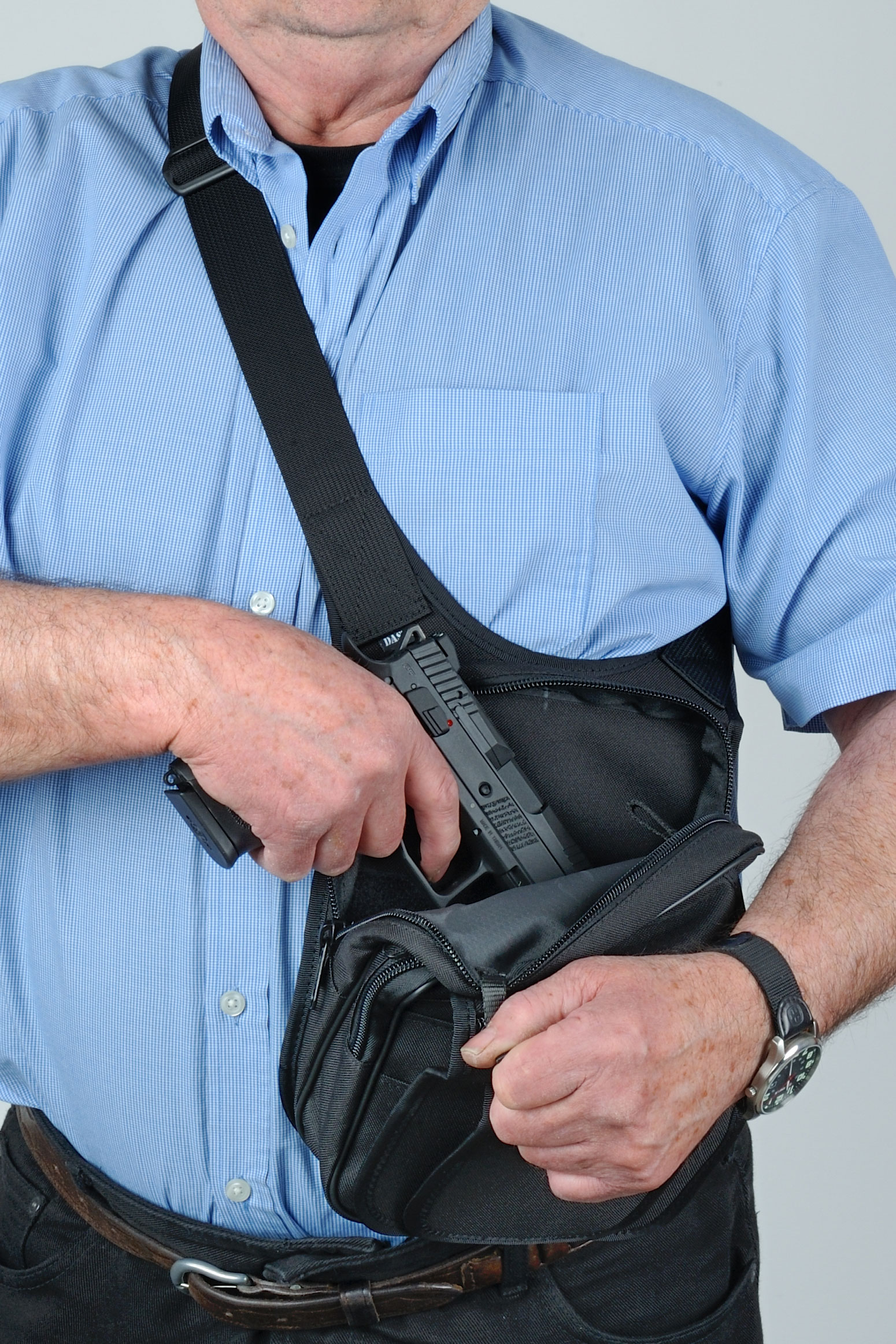 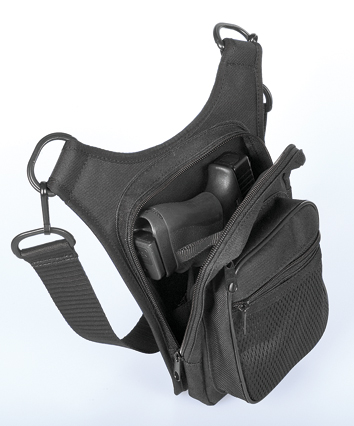